How has your summer been so far?

Despite the global pandemic, my summer has been very productive. I’ve Been able to develop not only on the court but also off. This summer has allowed my family time to drastically improve as well as my entrepreneurial endeavours . I was able to plant a seed for my basketball development camp out in Saskatoon for the less fortunate kids , whilst training.

What about Coronavirus, how has it affected Canada?

Coronavirus has negatively impacted the world but fortunately, Canada was able to isolate the virus and sustain a some-what normal lifestyle . The worst months where in March and April . But things started to reopen back up in early June with health restrictions ofcourse.

Tell us a little bit about yourself?

I graduated from university with a visual arts degree. I have 4 brothers and one sister .
I’m born 1993. I’m a duel citizen Canadian /Jamaican .
I have my own clothing line
I have 2 albums on Apple Music .
I can draw/ paint

Who is your idol?

I prefer not to idolize any one person but growing up , I often use to study Denzel Washington . Although I never really wanted to be an actor, I always respected the way he carried himself and how he was perceived in movies .
Very humble yet confident.

Tell us a little bit about your career so far?

Well immediately after university I had the opportunity to go out to China and play in an international tournament which consisted of
Chinese A and B team ,
A Lithuania team ,
A USA team , a Japanese team , and a team from Iran . Although we didn’t win , I preformed well and helped jump start my professional career . After that tournament I returned back to Canada in which I play NBL for half season . Based on my play there , I got a spot as an import player for CB prat in Spain Leb Gold the following season . As a team we made history that season , but I returned back to The NBL to play as I awaited my Jamaican passport to arrive as I know how much a financial difference can make if you have duel citizenship. After a productive season , I participated in the Canadian summer League on the Saskatchewan rattlers as the Captin which we went on to win and I was named the finals MVP.

How did you hear about Lahti Basketball?

I heard about lahti basketball from my agent . After talking with a few guys about the Finland league , I was on board as my agent and I have a very good relationship and I trust his judgment.

You signed with Lahti quite early. Why did you choose Lahti Basketball?

As I said before , My agent and I I have a great relationship, so once he suggested lahti basketball I was definitely on board . Opposed to going back to Spain Leb , I know this organization is very organized and commited developing and producing players and in order to put them in positions to get to the highest levels in Europe .

What kind of player is Lahti Basketball getting by signing you?

By signing me , lahti is getting a blue collared , selfless team oriented professional PG .
I’m aware that basketball is a team sport . And no championships are won with an individual effort . I am aware I have things to improve on ,but I will always bring my 100% effort when it comes to playing basketball . It’s natural .

If you have to name one player who is your game reminding of, who would that be?

I’m often told that I’m similar to a Joe Johnson in a 6,3 frame , in regards to how I approach the game a basketball. I think it’s because I prefer to lead my example rather than talk about it .. (I’m a firm believer of actions speaking louder than words)
With that being said , I Also know I need to become a better vocal leader both on and off the court .

Let’s talk about Canadien basketball. How is the league/s over there?

The Canadian basketball Leagues are very underrated in my opinion. There is a lot of skilled Canadian talent that I know would thrive in Europe but just haven’t been discovered yet and obviously lack of exposure .
Not only do these Canadian leagues show case Canada’s talents , there are also a lot of Americans that have been able to establish themselves in Canada and jump-start their young careers . I feel as more and more Canadians continue to break down the barriers, you will start seeing more Canadians playing in all leagues throughout Europe .

Your Lahti Basketball teammate Wayne McCullough and you had some great battles against each other in Canada. How would you describe Wayne as a player?

Absolutely!! Wayne is a DOG just like myself. He is another reason why I felt comfortable signing so early with Lahti as I know what Wayne brings to the table . Wayne has always been my matchup and I get an extra boost going up against him as his team was very good. Whether I was healthy or injured I always tried to go out and beat his team as we were conference rivals. Wayne is athletic , he can shoot it and most importantly defend. After talking to coach P about the roster and what he’s trying to build here in Lahti . I can see he is bringing in all defensive minded guys who can also score the ball . This combination will make us a very good team and hard to beat.

Your all time Canadien starting 5?

Do you know anything about your new hometown Lahti?

I don’t know much , other than the weather is similar to winter and that people within the community and organization are very disciplined and straight forward. Which I can appreciate as I am the same way . I also know that the team is well received and alot of fan support which is always a great environment to play in.

I just want to take the time and say I’m very excited to land out in Finland and get to work ! 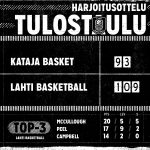 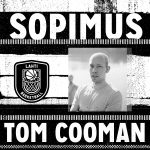 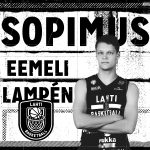 Lisää kuvia... Seuraa Instagramissa
This error message is only visible to WordPress admins
This endpoint has been retired